Talks ramp up around Kaiwera Downs wind farm near Gore 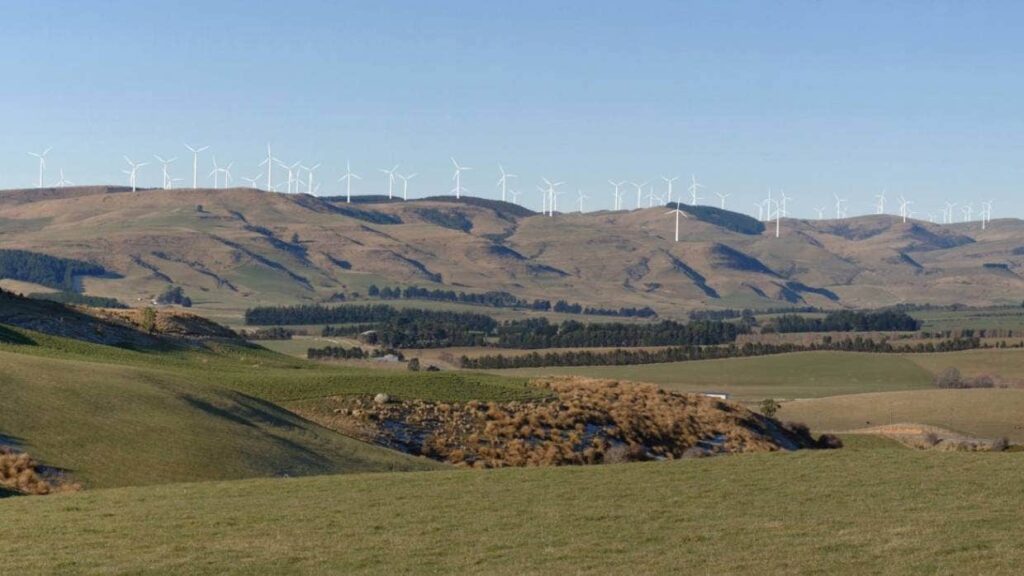 A wind farm project near Gore, that’s been in the pipeline for close to 15 years, is understood to be closing in on becoming a reality.

Mercury Energy confirmed on Wednesday that it was currently talking with community and other stakeholders about the Kaiwera Downs wind farm project about 6km from Gore.

Although when asked if it has been confirmed that the development will go ahead this year a Mercury Energy spokesperson said it was too early to comment on that.

“We’re currently talking with community and other stakeholders about the Kaiwera Downs wind farm project, that has been in the planning phase for some time.

“Like all our development opportunities, there are a number of contractual and other considerations to work through before a project is confirmed, so it is not appropriate for us to comment further at this time.”

The Kaiwera Downs project was first proposed by Trustpower, and resource consents for the project were granted in late 2008, despite opposition from some farmers.

The consents allow for the construction of up to 83 wind turbines or 240MW of capacity.

Tilt Renewables was demerged from Trustpower in 2016 and in 2021 Mercury Energy acquired the assets owned by Tilt Renewables NZ, which included the Kaiwera Downs project.

Gore District Mayor Tracy Hicks said he was unsure just where Mercury Energy was at with its plans for the Kaiwera Downs wind farm.

However, he was aware of increased interest in wind farms in Southland.

“[Kaiwera Downs] has been sitting there ready to go for quite some time, I wouldn’t be surprised,” Hicks said.

“I think the Just Transition process, Southland has been going for a year, 18 months I suppose, has identified that there are a lot of opportunities for industries in Southland, if we’ve got the right amount of available power.

“Given some of the consented wind farms that have been sitting there not doing a lot, I’m not surprised there is a lot of interest.”

“Mercury can make a meaningful contribution to these goals by investing in new renewable generation. We see a lot of potential in wind generation and are very proud of the strong pipeline of wind generation options that we have in place.”

In Southland, Meridian Energy operates the White Hill Wind Farm near Mossburn, where 29 wind turbines can generate up to 58 megawatts of electricity, enough each year for about 22,000 average New Zealand homes.

A proposed wind farm on Rakiura Stewart Island, which gained $3.16m in funding from the Provincial Growth Fund, was canned in 2021 after an agreement could not be reached on a suitable location.